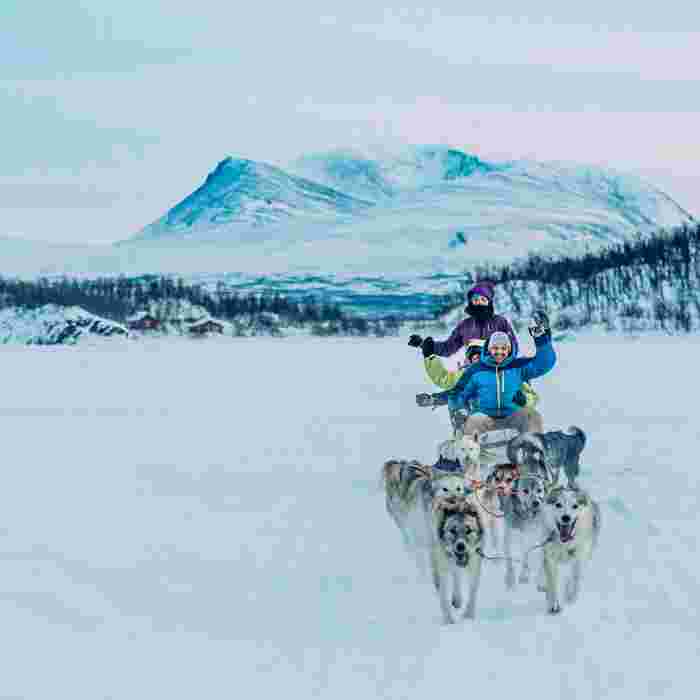 Feel the wind on your face, the thrill of a racing pack of hounds and the excitement of speeding through the Scandinavian alpine winter; enjoy a fantastically unique dogsled tour with our friendly Alaskan huskies!

Price: 1 650 SEK per adult, 850 SEK per child. Including in the price is warm clothing (overalls, gloves and shoes) and a great experience.

Note: The minimum age for this activity is 7 years. 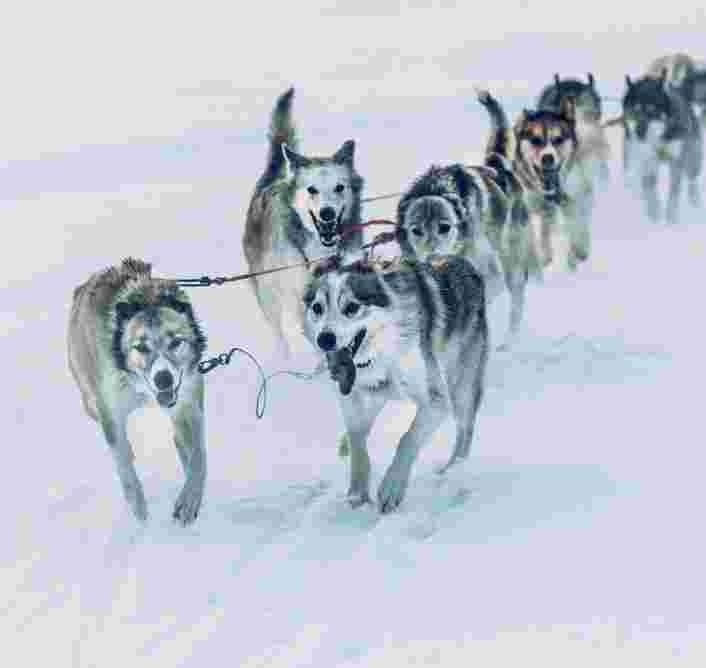 Exactly when humans started using dogs for pulling sleds is not known. It was probably the indigenous people of Mongolia and eastern Siberia who were first, when they had to travel long distances during winter. While there are a number of popular sled dog breeds, our mushers mainly use Alaskan huskies. Among sled dogs, Alaska Huskies are considered more compliant and more explosive than, for example, Greenland Dogs and Alaskan Malamutes, which are better suited to pull heavier loads at lower speeds. 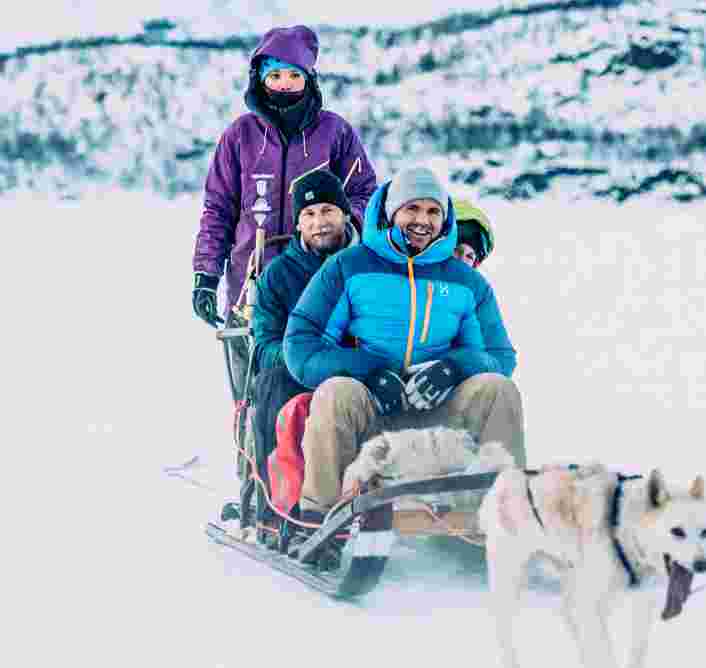 This is our classic dogsled tour. You will feel the exhilaration as you’re pulled by strong dogs while comfortably seated in a sled, rushing past untouched nature and the Swedish mountains. The tour instantly takes you out in wilderness where we cruise through magnificent mountains and expansive vistas over the alpine winter landscape. Depending on the weather conditions our dogsled tours take place either in the surroundings around Björkliden or near the National Park in Abisko. You won’t come closer to nature than this. This activity is suited to all ages and no physical fitness is needed. If you haven’t tried Dogsledding before, this is your chance. Book now!