Saucony BAMM (Björkliden Arctic Mountain Marathon) is an annual rigorous two-day competition in mountain orienteering. Each team is composed of two members competing in an exciting, though challenging overnight race through the Swedish mountains.
To Registration
Follow us on Facebook 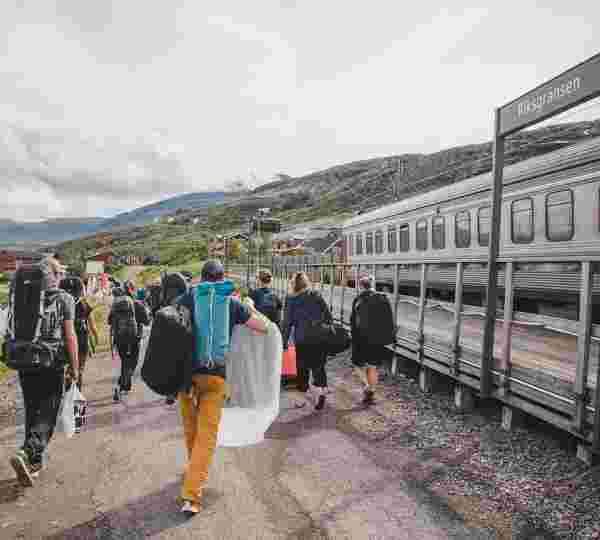 Travel comfortably to the race. VY operates the route between Stockholm C and Riksgränsen. You arrive at the heart of the village. If you choose to travel to Kiruna by airplane or any other way, you can save your energy and book our transfer to the race. We will pick you up at the airport or from Kiruna C. Safe travels!

Give away an experience and an unforgettable memory to someone you like. Buy our gift already today. 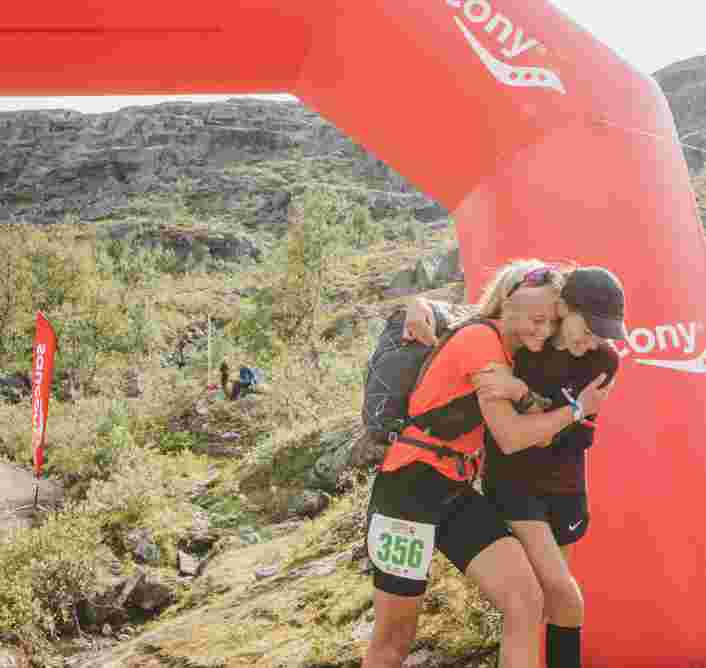 In 2021 BAMM was adding a new class to the competition in, 10, which unique amongst all classes is a single day event. The traditional classes, 30, 50, and 70 continue as two-day orienteering racing with one night in the mountains.

Participants competing in classes 50 and 70 are responsible for carrying themselves all necessary gear to complete these two tough days and one night on the mountain. For competitors in class 30, transportation for tents and sleeping bags is provided to the overnight locations. Competitors in class 30 are also allowed a somewhat lighter backpack to run with. Competitors in the new class, 10, will run a path demarcated by taped lines, with a map and during a single day, however, just as competitors in other classes they will be required to carry a set of obligatory gear during the race. The starting location for all classes is in Riksgränsen.

On the Friday morning before the race start, teams will be given a map with the course to begin planning their strategic path. Soon after, all teams will begin simultaneously from the starting point. After each of the required checkpoints have been taken, the teams will arrive to a communal camping point where all teams will sleep together in a large tent.

On day 2, the race begins in the morning with a staggered start; the team that arrived first on day 1 will begin, with each team following in the order in which they arrived the previous day. Teams which arrived more than an hour after the starting team will begin together before the staggered start. The finish line is back in Riksgränsen, where a shower, sauna and mingle is awaiting the tired competitors, which is followed that evening by the prize ceremony and a dinner.

FIND OUT WHAT CLASS IS BEST FOR YOU